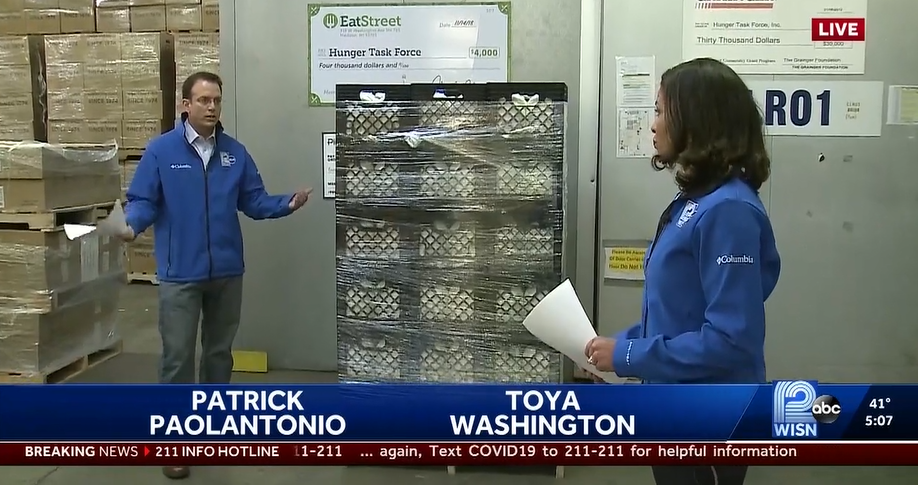 Within two weeks of the "stay-at-home order," WISN knew they needed to find a way to feed the struggling members of their community. As people were being laid off, kids were also home from school without school lunches and there was limited food pantry access for the elderly due to the order. The team at WISN stepped up to the "plate" to help provide hunger relief. In partnership with the Hunger Task Force, WISN held two large fundraisers to feed their communities and help local businesses. With the April Milk Buyback and Thanksgiving Virtual Fundraisers, this local station raised more than $1 million for Hunger Task Force due to WISN 12's efforts and partnership.